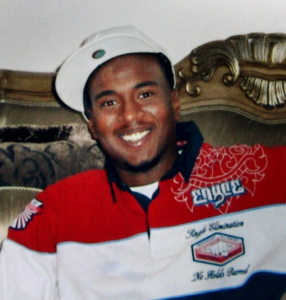 Mr. Kiko Battle was only 24-years-old.

Mr. Battle and a friend were walking down the street minding their own business. Two Jacksonville police thugs, J.C. Nobles and T.L. Terrell, for no other reason but to harass Mr. Battle, walked up to him and began asking a bunch of questions. Understandably, Mr. Battle went in defense mode, arguing with the police thugs, as they had absolutely no reason to invade his personal space or interfere with his day. When Mr. Battle simply tried to walk away from the police thugs who were chimping-out, they Tasered him. Then of course the cops said “he was reaching for a gun,” before shooting Mr. Battle nine times, killing him instantly.

Euro-American media are executing their traditional “he was a convicted felon” protocol, in trying to justify the murder. Jacksonville Action News’ headline reads, “BREAKING NEWS: Police Shooting: Man Shot Was A Convicted Felon.” They also deliberately used a Department of Correction photo of Mr. Battle instead of a regular one to further dehumanize him.

First Coast News In Jacksonville and this crusted, dusty old man reporter, Roger Weeder, did not even try hiding his desire to justify the murder and make Mr. Battle look like someone who deserved to be killed. 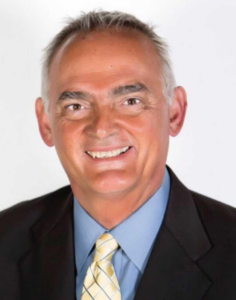 Contrary to Euro-American media’s desire for everyone to believe Mr. Battle was just some “black,” “monster,” “convicted felon,” he did have a family that is devastated, especially his grandmother who witnessed her grandson being executed by thugs Nobles and Terrell. The following is from the Florida Times-Union.

What makes this murder even more sickening is the history of thug J.C. Nobles. Just last year, Ms. Lillian Louise Myhand of Jacksonville, filed a federal civil rights claim in the U.S. District Court of Middle Florida (see PDF here), because she was, “hit in the head and nearly killed by Officer J.C. Nobles #7864 on 5/23/03 while I was handcuffed with my hands behind my back walking towards the door.” She now experiences “amnesia, continued confusion, and periods of going completely blank.” Somehow this thug Nobles is still on the job and apparently has not faced any criminal charges. Of course murdering and assaulting “blacks” is how thug cops earn merit points.

Ms. Myhand’s situation is the epitome of what goes on nearly everyday in the USA. She had an excellent claim and case against the City of Jacksonville and thug Nobles. What she does not have is thousands of dollars to pay an attorney. She also does she have the capacity herself to pursue the claims after being brutally attacked by Nobles and suffering serious head injuries. Her case was ultimately dismissed on technicalities.

I am more apt to believe thugs Nobles and Terrell planted this alleged gun Mr. Battle allegedly “grabbed for” at the scene to cover the murder. Of course, they got their customary paid vacation (thug cops’ best P.A.L.: Paid Administrative Leave) and are likely thinking “its great we can kill niggers and get rewarded with paid vacations.” Of course the kangaroo investigation by Florida “authorities” investigating themselves will return no criminal charges against the two thugs.

Our thoughts and prayers are with the Battle family.