After taking the advice of a good friend and near-future Op-Nat contributor, I took a month away from blogging to clear my head of the inevitable realities of our country. Perhaps I should have stayed away longer…

February turned out to be one of the most deadly months Operation Nation has ever seen, as the genocide against American citizens by savage police thugs continues unchecked by our alleged “government.” Though we count at least 11 murders by police thugs last month, here are three of the most inexcusable (with all due respect to the families of the victims this article does not cover).

We first visit the murder of unarmed Mr. Nicholas Eugene Scott, the 23-year-old Sanford, FL man, on Friday, February 19. Mr. Scott was murdered in cold blood by Sanford (FL) police thug Steven Lynch, after Lynch says Mr. Scott “was about to run over” some other cop with his car. Of course no witnesses saw any of this (except the police thugs). Mr. Scott’s cousin, Shiyann McGill said there were no bullet holes in the front of her cousin’s car…meaning he was likely shot in the back.

Thug Lynch was rewarded with a paid vacation. Euro-American media and the Florida Dept. of Law Enforcement are justifying the murder, saying Mr. Scott was “a convicted felon” and “a fugitive.” On a side note, Bella Vista (AR) thug cop Coleman Brackney, Rockford (IL) thug cop Oda Poole, and LeSueur County (MN) thug cop Todd Waldron all murdered Americans citizens, thus using cop logic, all of them should be murdered immediately.

Kansas City police thugs murdered unarmed, 19-year-old Jessica Jones on Tuesday, February 23. Police allege Ms. Jones was “driving a stolen vehicle” and “tried to run them over,” which prompted four Kansas City police thugs to shoot the young woman 14 times. Once again, all of the police thugs were rewarded with paid vacations, and Euro-American media justified the murder, saying Ms. Jones had a “criminal history.” Ms. Jones lost both of her parents when she was five years old. She is described by her grandmother, Ms. Dorothy Leach, as “one of a kind.” Ms. Leach is also wondering (as all of us are) why the police thugs shot this young woman 14 times. 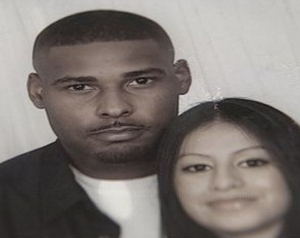 Mr. Warren Lawrence, 29, was murdered in cold blood in the inbred cop capital of the country (Louisiana), on February 9 by Lake Charles police thugs. The dispatch records from the night describe the premeditated murder by thug inbred Lake Charles cop Dustin Fontenot.

Thug Fontenot arrived on the scene of an alleged burglary call at 7:13pm, more than 20 minutes after another cop named “Cook” had already been there and said everything was all clear. Two minutes later, “Cook” reported shots fired and said a “black male” had entered the home they were checking on. Thug Fontenot, obviously desperate to dress the scene, told other responding officers to “slow it down” while they were en route to the home after he murdered Mr. Lawrence. Fontenot was rewarded with a paid vacation.

The Lake Charles police savages are using the proverbial “he had a gun” speel, even though Mr. Lawrence’s mother and sister said he did not own a gun. Euro-American media are of course using the “he had a criminal record” speel to justify the murder. Mr. Lawrence leaves behind two young children who will now grow up without a father. His fiancee, Ms. Jessica Lemos, is now in the unenviable position of trying to figure out what to tell the children when they ask where there father is.

Our thoughts are with all the families of the victims. And once again, I must warn American citizens to arm yourselves and NEVER call police for ANYTHING if you value your life.