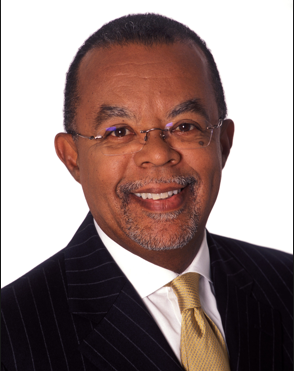 Couldn’t have said it better myself Mr. President. Though I’ll simply have to trust you on the AIG and GM bailouts, in that they were “necessary” as you say (since I completely disagree with both), you are right on about this douche-cop from Cambridge.

Douche, thug cop, James Crowley, said he will not apologize for his buffoonery.

Ok, we all know that you can and will be arrested in this country for “driving while black,” under the federal statute “DWB”; we all know, especially after Mr. Ronnie Holloway became a victim of “standing while black,” in Passaic, NJ, the federal statute “SWB” is also in full effect; and now the federal code which has always been here, but disguised and dismissed in Euro-American media as “black paranoia,” “blacks exaggerating,” and “blacks feeling sorry for themselves,” is what Harvard professor Henry Louis Gates was arrested for on July 16: Limp-dick, whiteboy cop syndrome, or “LDWB.”

Cambridge, MA police thug James Crowley responded to a call that Mr. Gates was (try not to laugh at this) “breaking into his own home.” Apparently running low on his Viagra prescription and needing to feel powerful by “putting a rich, successful nigger in his place,” thug Crowley wrote up this ridiculous police report (here is a PDF) and somehow charged Mr. Gates with “disorderly conduct” because Mr. Gates did not act like the “subordinate negro” he is trained to be, via Euro-American media, to cops and other Euro-American males. Mr. Gates was kidnapped from his own home and held hostage by the Cambridge thugs for more than four hours. I assume thug Crowley and his homeboy cohort, former Houston (TX) police thug Robert Powell, went to the same whiteboy school of etiquette, where you chimp-out to the extreme when you can reel in a “big black fish.” The “charges” against Mr. Gates were dropped a few days later and Cambridge cops dismissed the kidnapping as “an unfortunate set of circumstances.”

I’m sure CNN and Fox News will put Al Sharpton on their airwaves every hour on the hour so he can spew his “this is an injustice” bull, while promoting yet another “we shall overcome” march down MLK Boulevard. And message boards on Euro-American media newspaper and television outlets will be filled with “the cops were just doing their jobs” and “this black is just playing the race card.” The fact that I, without a criminal record, cannot protect myself in my own home in this country without being arrested, and Mr. Gates cannot even walk into his own home without being a victim of LDWB, is just res ipsa loquitor fact that the 5th, 13th and 14th Amendments of the U.S. Constutution mean nothing because limp-dick, whiteboy thug cops, via the 11th Amendment, do not have to recognize those rights, especially for “black” men.

The only way change has happened in this country and everywhere on the globe is war. Patrick Henry, before the Revolutionary War, said “give me liberty, or give me death.” Europeans have never marched up and down streets, nor have they waited for someone to “approve” of their inalienable rights. They simply take them at gunpoint. Why didn’t George W. Bush call for protests and marches when the Twin Towers were blown up? Because he picked up guns and went after any arbitrary contributor to violating his inalienable right to life. This thug Crowley needs to be killed, along with all other thug, limp-dick cops. Thug cops are rabid beasts who will murder you, rape you, assault you, and/or kidnap you if you do not protect yourselves.

Mr. Gates: I hope you are doing well and I hope the thugs did not harm you in ways they would have any other random “black.” Just like Oprah Winfrey was denied entry into a “boutique” in Paris, France because she’s “a black,” Mr. Gates is also simply “a black” to Europeans and inbred Euro-Americans. Arm yourselves.