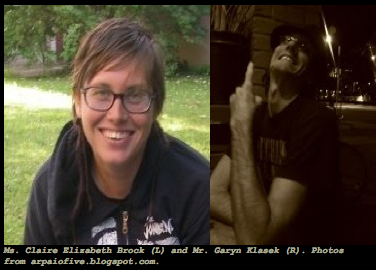 Both Mr. Klasek and Ms. Brock have prima facie Fourth and Fourteenth Amendment federal claims against the Phoenix Police, but there is no word whether they will pursue such actions as of yet. They have until July to file a claim notice with the Phoenix Police on possible state law violations and two years to file federal claims.

The news is not as rosy for the other three, particularly Ms. Sarah Grace Daniels, as her case is proceeding in classic Maricopa County fashion. 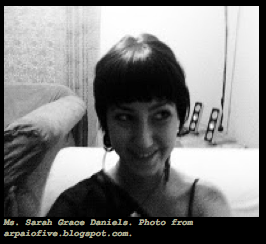 Ms. Daniels appears to be the ONE these Maricopa County people are trying to make an example of, since chances are they will lose the other two pending cases.

In one of the most bizarre case dockets I’ve ever seen, Maricopa County filed a motion on March 4, asking for Ms. Daniels to submit to fingerprinting, which was granted by the court a week later. Its bizarre because Ms. Daniels was arrested and charged with the serious crime of “aggravated assault on a police officer,” yet no prints were taken during the booking. Maricopa County has alleged, on January 29, the charges against Ms. Daniels are of a “dangerous” nature, thus not eligible for probation at sentencing (unless, of course, she signs some BS “plea deal”). The bottom line with Ms. Daniel’s case is that Maricopa County alleges she used a “wooden stick or pole” as a “dangerous instrument,” but as we’ve viewed virtually all angles of video of the incident, there is nothing that shows Ms. Daniels with a “wooden stick or pole” “assaulting” an “officer.”

But this may not matter in the case, as Ms. Daniels is being represented by Clifford I. Levenson. I’m sure he has his own private practice. But I’m unsure whether Ms. Daniels is paying for his services or if he is contracted through Maricopa County. 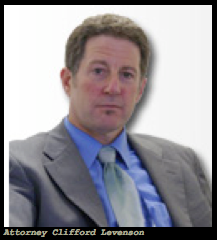 Levenson declared in his March 18 disclosures that he will only use a few “character witnesses” at trial and will use no other evidence for the defense, including video or witness testimony from the scene which could potentially exonerate Ms. Daniels.

Levenson has a checkered past as an attorney and it seems to be showing here. According to his website, he relocated to California from 2000-2005 to work in the offices of attorneys Do Phu and Anh Tuan. But this move was not voluntary by Levenson. According to the Arizona Bar Association, Levenson had his law license suspended by the Arizona Supreme Court on October 16, 2000 for one year and was placed on probation for two years after the suspension. He was not re-instated until September 22, 2004. According to the Bar, Levenson took retainer fees from clients and then failed to “adequately communicate” with them and “engaged in conduct that was prejudicial to the administration of justice.”

Apparently, Levenson used retainers fees to support a drug habit, as again, according to the Bar, he entered drug rehab in Southern California in October 2000. I’m not one to point out people’s past mistakes, but when it comes to the life of an innocent young woman (Daniels) being dragged through this system, Levenson’s past is relevant.

In contrast, preliminary props can be given to attorneys Ashley Adams and Ernesto Quesada, who represent Mr. Issa Emadi and Mr. Jeremiah Henry, respectively. 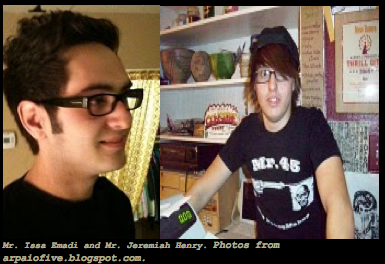 In yet more bizarre (but good) happenings in these proceedings collectively, both attorneys filed a “notice of defenses,” which is something I’ve never seen in all the cases I’ve covered in Maricopa County. CLICK HERE to read Mr. Henry’s defenses. These “notices” are bizarre because this is the first time in two years I’ve ever seen defense attorneys in Maricopa County put forth a real effort to DEFEND their clients. Both attorneys correctly assert defenses such as insufficiency of state evidence, lack of criminal intent, and malicious conduct by Maricopa County deputies, which incited the disturbance.

The fact is that Mr. Emadi and Mr. Henry have a chance to possibly get their regular lives back, since they seem to be represented by decent counsel (up to this point), as opposed to one of [now former] county attorney Andrew Thomas’ whores in the public defenders office. This does not seem to be the case for Ms. Daniels, as it appears her lawyer, Levenson, will do anything to possibly move up the ranks in the county, and thus hope his past disappears. It is common knowledge that all a public defender or defense attorney must do in Maricopa County is destroy someone’s life in the name of Andrew Thomas, in order to be promoted or land some other higher-paying, more powerful position (see public defender Michael Ziemba).

I’ve had the pleasure of meeting all five of these individuals and knowing them only reinforces the fact they are being targeted by this alleged justice system. All of them are very peaceful and very earthly, yet at the same time, believe strongly in our Constitutional rights as Americans; which is why they are being targeted. The First Amendment is supposed to protect those who protest wrongs by government, but instead lead to these individuals being assaulted and charged by those sworn to protect.

I expect Mr. Emadi to ultimately be offered some sort of misdemeanor/community service/expungement “plea deal,” to avoid trial (which I hope he does not sign). Mr. Henry will likely be offered a last-hour misdemeanor “plea,” but again, the State has NO evidence of these alleged assaults, so they will either have to drop the charges or go to trial. Ms. Daniels is the one who needs the most attention, as her attorney may actually be working for the other side.