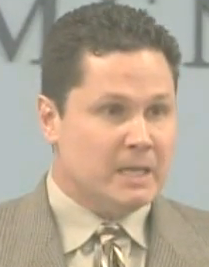 UNITED STATES — Whenever we take a small break from writing about the daily cop thuggery across the United Police States of America, the next article always turns into one of these summary stories just to get everyone caught up. Those of you still dumb enough to call these Constitutionally-Protected (COP) thugs for help, particularly after this round of malevolence, well, God help you.

We start in Plateville, Wisconsin; a small town of about 10,000 located in the southwest corner of the state, just east of the Mississippi River. Crackhead cop Michelle Salentine (pictured above) was arrested by the FBI on Monday, April 26 after being tipped off by a witness that she was smoking crack on duty 4-6 times per week.

Watch the report from WMTV Channel 15 (NBC) in Madison.

Police Chief Doug McKinley has since asked for an outside investigation of the entire department, of course after giving crackhead Salentine a paid vacation (aka “paid administrative leave”) while she sits in a federal prison awaiting trial. Meanwhile the clown show known as the FBI investigated and executed this arrest of a small town crackhead cop in a matter of months, as they sit back and allow killer cops, rogue sheriffs, lying prosecutors, and corrupt judges in larger cities and beyond to continue their malfeasance and corruption without repercussions.

Salentine faces up to 20 years in federal prison if convicted.

UPDATE: Salentine busted again for smoking crack (October 11, 2010) while on pre-trial release, then gets slap-on-wrist sentence (December 30, 2010) when black Americans get five years in prison, no questions asked, for crack possession.

We next take you to Seattle, WA, and inbred whiteboy thug Seattle cop Shandy Cobane (pictured above), who should have been fired a long time ago because his name is “Shandy.” The attack by police thug Cobane, which took place on April 17, has been widely disseminated via a viral internet video taken by a freelance photographer (good job sir).  Cobane kicked a young man in the head while he was lying on the ground, and added some monkey whiteboy commentary thereafter when he told the Latino victim, “I’ll beat the Mexican piss out of you homie.”

Watch a report from KOMO Channel 4 News in Seattle.

The feral female police thug, who wanted to be “one of the guys,” also kicked the young Latino man after Shandy did. Nobody seems to be talking about her though. But the best part of this story is thug Shandy’s laughable apology a few days later, which is by far some of the worst acting caught on tape in the history of the world.

Both Shandy and his skank partner were rewarded with paid vacations (aka “paid administrative leave”) while Seattle Police perform one of those kangaroo “internal investigation.” Shandy and Skank will likely be re-assigned to other cop jobs as “punishment.”

UPDATE: Victim Martin Monetti, Jr. gets insulting $125,000 settlement (half of which will go to lawyers), while Cobane has been promoted to Robbery Unit (February 5, 2013).

Next we head to my home state of Iowa, where another dumb black cop (this time in Des Moines) had to learn the hard way that black cops are not given the same preferential, hero treatment as their rapist, killer white counterparts. 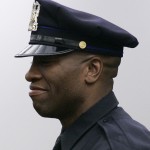 House negro cop Maynard Richardson (pictured above), who is originally from Alabama, stopped a female drunk driving suspect on February 5. The drunk woman pleaded with Richardson, saying she would “do anything” to avoid getting arrested for DUI.

Thug Richardson took this literally, and drove to a warehouse on the east side of Des Moines. He climbed into the back of his cop car with the woman, and proceeded to fondle and kiss her. She called police a few hours later. Richardson was arrested, and then fired on February 24. Polk County prosecutors originally charged Richardson with felony attempted sexual assault, but of course he signed a plea agreement on May 17 , for two misdemeanor charges. Prosecutors are recommending probation and counseling.

Watch a news conference from KCCI Channel 8 in Des Moines.

Rapist Richardson is scheduled for sentencing on June 1. But again, if Richardson were a white cop, like his former co-workers Mersed Dautovic and John Mailander, he would not have been charged with any crimes. The aforementioned Des Moines police thugs attacked Mr. Octavius Bonds back on September 13, 2008. The results of the attack include a broken arm, a broken hand, and eight staples in Mr. Bonds’ head to close a wound. Mr. Bonds was charged with several crimes, but subsequently acquitted of all charges. Dautovic and Mailander were not charged in the incident. Meanwhile the victim of thug Richardson’s rapist fantasies was not charged with DUI. But black cops will continue being willing patsies for cop shops.

And speaking of “black-and-white,” how can we forget Philadelphia police thug Robert Ralston. 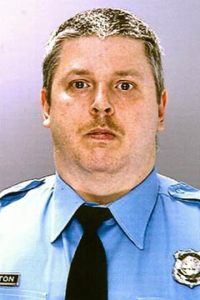 This is the douche cop who, on April 5, shot himself in the shoulder, but told his police buddies that “a black man” shot him. A manhunt ensued for the phantom “black man” who was obviously never found. Nobody was even even questioned in the incident. Thug Ralston ultimately admitted that he lied and said he did so because he wanted to be re-assigned to a different position. Of course he confessed with an agreement that he would be immune from prosecution. His only punishments for this outright lie were that he had to pay for the manhunt and he was fired.

Then there is Summit County (Akron, OH) rent-a-thug cop Jeffrey Dempsey, who on February 21, viciously attacked a DUI suspect in the Summit County jail. The thug jail guard then berated the man with several insults. Watch the following video of the incident (it’s the first one in this video, but all are Summit County Jail incidents).

Thug Dempsey, of course, was not charged with aggravated assault, but instead was suspended for 10 days and ordered to counseling. If only we, as American citizens, could attack these cops the same way without repercussion.

The February 11, 2010 “raid” of Mr. Jonathan Whitworth’s home by Columbia, MO police thugs also got widespread attention. The video of the incident is highly disturbing. The police thugs, armed with military-like weapons, busted into Mr. Whitworth’s house in the middle of the night because he allegedly had “several pounds of marijuana.” The problem is, all Mr. Whitworth had was a bong and enough weed to maybe get two people high that night.

Yes, you heard and saw right. The police thugs shot both family dogs, a pit bull and a corgi, right in front of Mr. Whitworth’s wife and 7-year-old son. Columbia Police Chief Ken Burton stated the obvious in his spin-control of his thugs’ chimp-out session when he said, “we realize we did some things wrong.” 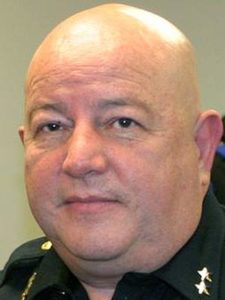 Ken Burton has been Columbia Police Chief since April of 2009.

He further stated that he “hates the internet” and also cleared his own department of any wrongdoing after one of those kangaroo “internal investigations.” But to his credit, he did say, to a marijuana reform reporter, that he supports legalizing marijuana so he and other departments do not waste time (and dogs) on pursuing pot smokers.

Oh and by the way, the “big-time drug dealer” Mr. Whitworth pleaded guilty to misdemeanor possession of paraphernalia and was fined $300.

Police thugs around the country are becoming more and more emboldened to practice their apparent Constitutional right to murder, assault, and rape America citizens with impunity. The only Americans these police thugs are here to protect are the rich and other government officials who also have Constitutional immunity from prosecution.

Congress must pass what Operation-Nation terms the REPO Act (Reform for the Education of Police Officers) and overturn Eleventh Amendment qualified and absolute immunity for police thugs, rogue judges, and lying prosecutors. If Congress will not do this (which we all know they won’t), than we as American must take matters into our own hands to protect our families from government thugs.

Arm yourselves now and be ready when the time comes.

One thought on “America’s Finest Thugs: Crackhead Cops, Rapist Cops, and Much More”