Looks like Baltimore Police and the State of Maryland decided to throw a bone to black people by sentencing a cop – a black cop – to prison for murdering a black man. Its great that this cop will rot in a prison cell, but the optics are the undeniable elephant in the room. 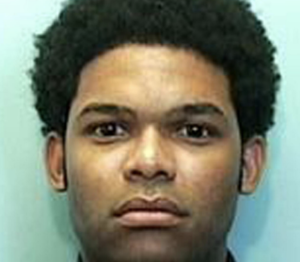 This isn’t even the most disturbing part of this update. Tsamba was involved in yet another drunken, off-duty attack on an American, when he shot a man in the foot outside a bar in September of 2005. Somehow Baltimore Police ruled the shooting “justified” even though Tshamba was drunk and off-duty at the time.

This same cop was also a subject of a federal lawsuit in 2001 after he improperly stripped0-searched a woman he arrested. The case settled out of court. This cop still had a job after both these incidents, which further displays the kind of people U.S. police departments employ to “protect and serve” communities. No charges have been filed as of today. But now that some new information that has come to our attention, we believe charges will be filed, and they will likely include a murder charge.

Watch a report and interviews with Mr. Brown’s family on WJZ CBS 13 In Baltimore: 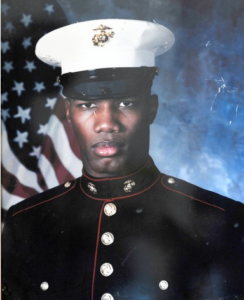 If the police thug who murdered this man is rewarded with a paid vacation and not charged with murder, all out anarchy against the government of the United Police States of America should ensue.

It was 1:30 this morning at Eden’s Lounge in Mount Vernon – a neighborhood just north of downtown Baltimore – when Mr. Tyrone Brown was about to leave, following a typical American Friday night of drinking and dancing. Mr. Brown, who is a former Marine and served four years in Iraq, was being drunk and silly when we grabbed a woman’s butt on his way out of the bar. The woman’s police thug boyfriend – who was drunk, off-duty, and carrying a gun – chimped out in a drunken rage, fired 13 shots at Mr. Brown, hitting the 32-year-old at least six times, and killing him instantly. The police thug, who name is being protected by the City of Baltimore, was not immediately rewarded with a paid vacation, but instead “re-assigned” to desk duty.

New outlets, in typical Euro-American media fashion, have tried to find a “prior criminal record” for Mr. Brown, since this is their way of justifying murder under color of law. They also continually refer to the killer as “officer” and believe an “investigation” is necessary in this obvious case of first-degree, premeditated murder.

There are several indisputable facts in this murder: Mr. Brown grabbed a woman’s butt in a bar (which probably happened 10,000 other times last night at bars across the country), the police thug refused to make a statement after the murder, the police thug refused a breathalyzer test, and the police thug was not arrested and booked into jail after the murder. This is good news in a way for Baltimore residents. It means if cops puts their hands on you in any way, you may shoot and kill them, not be arrested, and refuse a breathalyzer. I encourage all residents of Baltimore to follow this precedent set by Baltimore Police. Oh wait I forgot: COP (Constitutionally-Protected) thugs are divine heroes in this society and have different rules than the rest of us.

Euro-American media have also said the killer never identified himself as a cop. Why this matters is anyone’s guess, unless you buy into the police state policies of the USA (which we will not dignify by listing here). However, we will give Baltimore Police a small token of credit until murder charges are pressed, though we know this is not likely.

Terrence McLarney, the head of the homicide unit for the Baltimore Police, has been assigned to “investigate.” They only get this small token because it is being treated as a homicide investigation. But had this been you or I who shot and killed someone, while drunk at a bar, we would be in a maximum security unit of a jail either without bond or one approaching $5 million, unlike the killer cop in this case.

Mr. Brown, like many other military vets, had trouble adjusting to life when he returned from the war zone. He and his wife separated, but recently had tried to reconcile. Mr. Brown’s two children, an 8-year-old daughter and 14-year-old son, will now grow up without a father because of the brutal murder. Baltimore Police have 48 hours to identify the killer to the public.

Our thoughts are with Mr. Brown’s family and friends. We will continue updating this story as more information is released.