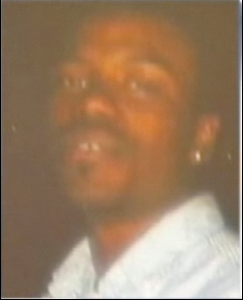 Several Gwinnett County henchmen that they call “gang unit” were patrolling the area that night. Gang unit is a moniker most U.S. police departments use to describe whiteboy cops who are given statutory permission to arbitrarily hunt and kill “blacks” and Latinos.

The police thugs say they approached and identified themselves to question three young men minding their own business. The men, obviously fearing for their lives, knowing police thugs are given absolute power to murder Americans, ran. Police say Mr. Fuller drew a gun, which prompted their thugs on the street to shoot Mr. Fuller once in the back of the head, killing him instantly. The police thugs were rewarded with a paid vacation, aka “paid administrative leave.”

Gwinnett County cops told WSB-TV Channel 2 that they have witnesses that all say the cops generally identified themselves as police before murdering Mr. Fuller. The police thugs also appear to have gotten their stories mixed up. They told the GA Daily News (now defunct) that the cop pulled his gun and opened fire as soon as Mr. Fuller allegedly pulled a gun. The cops told Fox 5 in Atlanta that the killer cop, all in some miraculous superhero form, “immediately called for backup” as soon as he saw Mr. Fuller with a gun. In other words, this cop, according to police, had a radio in one hand, a gun in the other, was calling for backup, and shot Mr. Fuller all at the same time.

Most Americans do not realize that there was no such thing as “police” in this country prior to the 1830s. The original police in the USA were created for the purpose of hunting down and capturing “straying or runaway slaves,” aka black people. All white males who want to continue this longstanding tradition must do is go through a 12-16 week police academy to earn their license to murder, and join so-called gang units. They called it lynching prior to 1960. They call it “officer involved shooting” today. Both are nothing but murder with Euro-hegemonic makeup applied to it.

Mr. Fuller leaves behind his fiancee, Arkira Foster, and we believe one child. Nubians in this country, if they have not already, need to arm themselves and be pro-active against these police. They will kill you, get paid vacations and accolades from the white copsucking public, and live another day to kill someone else.

Our thoughts are with the Fuller family.